This is a puzzle that relies entirely on misguidance and the cleverness of the players, and it goes as follows: The party comes across a bowl in an otherwise empty room. Next to the bowl is knife, as well as a note which reads "Fill me top, and your journey won't stop.". The knife is seemingly bloodied, as is the bowl.

The first impression of many might be that blood is required to fill the bowl, perhaps even the blood of the players or a different, specific blood. But this doesn't have to be true. Depending on the campaign you run you could allow the bowl to be filled with water or any other type of liquid.
A clever player might first test the residue on the bowl and knife to see if it really is blood. You can decide whether you want to continue tricking them by saying it is, or perhaps let the cat out of the bag, and say it's just dried fruit juice.

You can play around a lot with the writing, the overall look of the puzzle itself, as well as the room. Everything can help to suggest the puzzle needs to be solved one way, while other ways are perfectly fine too.
You can take it a step further though. Perhaps the liquid they use will determine the true outcome of the puzzle. Sure, any liquid might allow them to pass this room, but perhaps the room is dedicated to a specific kind of god, one who doesn't take kindly to offerings of mere water. Or perhaps whatever is put in the bowl is used to feed some hidden being, which will transform based on the liquid it's fed.

Hints may be required throughout the campaign to give the players a fair chance at figuring out the meaning and effect of this bowl. Alternatively, the hints could be another layer of misdirection, just one more way to trick the players into tunnel vision. Either way, there's more to this puzzle than meets the eye. 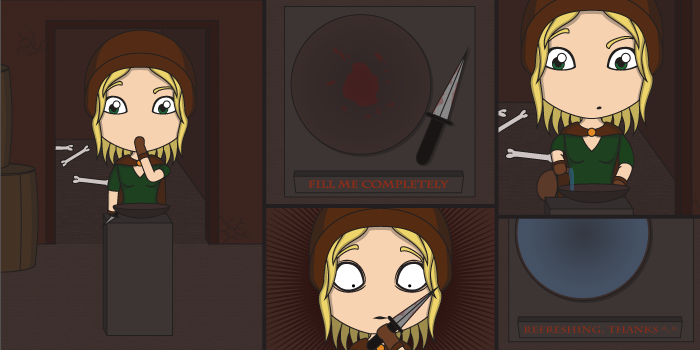