So we've covered most of the larger and more important parts of creating a religion, but there are still a few bits left to cover. In this third and final part we'll cover the remaining parts of how followers follow your religion and what happens if they don't.

Like the previous part, this part will cover details which are mostly suggestions rather than real guidelines, but most of the details in this guide will have a big impact on your religion and potentially on the story you use your religion for. Details like good and evil, the afterlife and how to deal with non-believers.

We've somewhat covered whether there is a divide between good and evil in the first part of our guide when we decided who the gods are and if the powers given by them could be corrupted. However, if your religion has only one god or none at all or if there are no real powers to corrupt, good and evil might not be defined all that well just yet.

There doesn't have to be an actual evil in order for the people in your religion to believe in one either. Everybody who doesn't believe in your religion could be considered to be evil. This has been the case and still is the case in many parts of the world, so why couldn't it be part of yours?

But some religions will require a more tangible evil force, like demons or a vicious god who opposes the other good god. You obviously don't have to stick to the true and tested demons, perhaps negative emotions or behavior can manifest as vicious creatures or maybe divine power can be corrupted simply by using it wrong. Evil could also be a force of creatures, created by a god as entertainment for itself and is thus only really evil in the eyes of whoever has to fight it.

This is again another aspect which will heavily depend on the purpose of your religion. If you're writing a story in which two sides battle each other using divine powers you probably won't need demons or even a real division between good and evil, both sides will consider themselves to be the good ones and the other to be evil.

Creating a good and evil system can be another large task, but like every other large task it's best to turn it into many smaller tasks. Simply take it slowly and work your way through each step you feel you need to make. 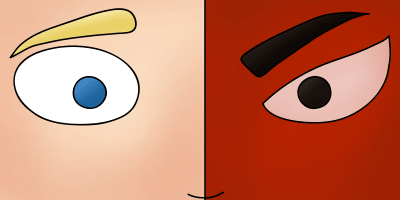 All religions have some form of goal for life, whether it's to reach enlightenment, live a good life so you can enter heaven or live a good life so you will reincarnate in a better life, there's always some form of goal.
This goal has been covered slightly by many of the aspects in the previous two parts. It's part of the reason why there might be a dress code, it's part of the reason why your religion might be real and it's part of why there are traditions, rituals, sacred places and sacred people.

But while we did cover all those elements, we never covered the rules and goals on their own, but they're easier to cover now that we did spend time creating the other elements.
The goal of most religions is to reach an afterlife, but this doesn't have to be the case for your religion. The goal could be to serve a god as best as possible so that god can defeat other gods and ensure the life of future generations will be a good life, or maybe the goal is to live a specific way simply to be allowed to live. Live a different way and the vicious god will kill you or worse.

It's another major aspect which heavily depends on your story and purposes. Some may find it easier to write down a set of rules first before starting with all the other aspects of religion, sort of like writing down the ten commandments for your religion. I personally find doing it later easier as I tend to get a more organic rule system based on what I've already created. Both ways work just as well and how good the results will be will depend entirely on your preferred working order.

Whether there is or isn't an afterlife and the amount of them might impact the behavior of the people. People might try to be the best person in order to get into the top-tier heaven, some might be content with a lower tier. Some might regret a terrible action and do their best to avoid the worst tier hell.
Warriors might seek out death in battle to reach their heaven, others might fear death because they don't know what's next.

If you don't have an afterlife, what does happen when somebody dies? Nothing? Reincarnation? Something else. Having an afterlife, multiple afterlives or something different completely is something which could make your religion incredibly unique, so let your imagination flow. 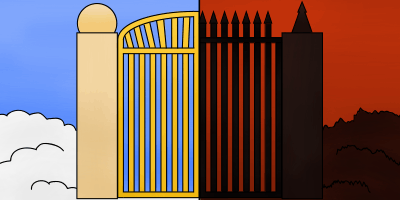 A detail tied into the afterlife is the fact whether or not spirits exist in your mortal world and how they're treated. Can they be seen by all or only by a few? Are they feared or celebrated? Can they affect the mortal world?

If spirits do exist, why do they and why are they not in the afterlife (if you have one)? Are they trapped? Do they still have a purpose to fulfill? Can they travel between heaven and earth? Do they refuse to move on?

There are a whole lot of ways you can use spirits for your story and, you probably already guessed it, it depends on the purpose of your religion and what you need from it.

Rules create friction, especially when some refuse to follow them. It's a great element to play around with for story purposes and it helps create a more authentic religion and world. People aren't perfect, so even if your religion is perfect some of your followers might still think it could be done better or differently and you'll have to figure out how your gods or other followers will deal with that.

Most religions of our world, both present and past, have many different 'versions'. Some follow a specific teachings very strictly, others consider those very same teachings to be merely guidelines which cannot be taken strictly.
Creating different versions of your religion could help create a world which is diverse and feels more authentic.