Magic is part of an enormous range of stories, but finding 2 stories which use the same magic system isn't as easy as it may sound. There's a wide range of elements you can change to make your magic system unique, whether it's how it is wielded, what its source is or even what types of spells are used.

In this guide I will cover the major aspects part of most magic systems, hopefully it'll help you create your own magic system and provide you with a checklist of sorts to make sure you're not forgetting an important part.

Fortunately it's not that hard to create a magic system, so this guide will be relatively short, but the amount of work you'll have to put into the creation of your magic will depend entirely on how detailed you want to get.

The first and probably most important aspect of magic is its source. Without a source of your magic it's difficult to create all the other elements, at least if you're planning on a somewhat realistic and exciting system.

There are plenty of sources you can use, like bodily energies, energies in the air, power bestowed by the gods, powers within blood, pools of magic in the world, a worldwide life force, magical artifacts and so on. You could even have a combination of two or more sources, but choosing which are best suited for your system will largely depend on what you need from your magic within your story universe. For example, if you need a magic source which is unlimited a good choice would be a magical power given by the gods or magical energies within the air. Bodily energies wouldn't make for a great choice as the body runs out of all types of energy, at least in real life and most works of fiction.

Whether your source is limited or not is another important aspect you have to think about. Limited power creates struggle and conflict, the main hero might be strong, but what happens when an army of thousands have cost him all his powers before he could even reach the main villain?
Unlimited power allows for enormous epic battles, but you'll have to create tension by adding other forms of limitations, perhaps skill based or type based.

Another way of looking at sources is from a material point of view. Are there any natural elements which are home to magical powers or are there any which could house magical powers? Runes are one example which are used a lot, as are crystals and various (unique) artifacts. But you can use pretty much anything you wish, whether it's a magic absorbing rock, special water or perhaps a type of wood. It doesn't have to be something natural either, it could be a machine or body enhancement, like a tattoo.

Who and what wields it

So you've figured out what the source of your magic is, but who and what can tap into that source? Are humans the only species capable of doing so or are elves, trolls or even some or all animals able to do so as well?
Are all individuals able to tap into the magic source or only a lucky few? Perhaps people born with an innate power to do so or maybe they're chosen ones hand picked by a god.

It's an important aspect to think about as it'll heavily affect your story universe. If everybody is capable of wielding magic they will likely use it for everything, from war to daily life, but if only a portion of the population can wield it it means magic will be handled differently by those who can and those who can't wield it.
How would a non-magic wielder fight a magic wielder? Would the odds be equal or would the magic wielder always have the upper hand? Could a small group of magic wielders defeat an army of non-magic wielders?

If only a portion of the population can wield magic it could also mean the magic wielders are either the elite or the lower class. Magic wielders might be shunned for being different, perhaps even dangerous, or they could be praised for their abilities. In a world where the entire population can wield magic you might not have this conflict, not unless some are worse at wielding magic than others.

How to wield it

Once you've figured out who can wield it it's time to figure out how they can wield it. Can they simply stretch their arm, make a gesture with their hands and shoot out a ball of fire or do they need a wand do direct the magic?

There's a wide variety of ways to wield magic, ranging from staves, wands and tomes to scrolls, artifacts and created objects and even which body part you use and how many (1 hand, 2 hands, eyes, entire body, etc.).
The answer to which one (or more) to pick is again entirely dependent on what you need from your magic in your story universe. Using items means a disarmed magic wielder might be powerless, it could also mean every magic wielder has an item unique to that person, perhaps even with their own unique abilities.

Not using items doesn't have to mean a magic wielder is always capable of wielding it though. Perhaps broken fingers mean you won't be able to wield magic or maybe magic itself can block another form of magic or the magical energies within a person. 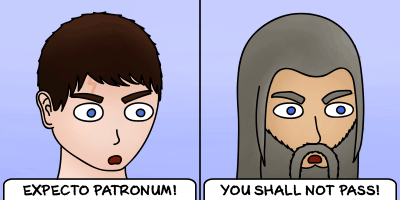 What are the powers?

We've covered the source, the wielders and they way they wield power, but we still need to cover one of the biggest factors of magic, which is the power itself.
This is where your magic system will become unique, even if it shares elements with existing works of fiction. Do note that sharing elements with other works of fiction is near impossible to avoid, magic has been used in so many stories so the chances of whichever power you think of not being used already are very slim and those which haven't been used might not even be worth using in the first place.

When picking the powers and spells for your magic system you'll have to keep in mind a few things. One might be cost, but only if your magic source is limited. You don't have to have an exact cost, like making the average human able to cast 20 fire balls before being tired, but having a cost relative to each other spell will help make sure your magic system is at least relatively realistic in the sense that there's a logic behind it.

Another thing you have to keep in mind is how strong the spells are and if they're overpowered. It's not wrong to have overpowered spells, but they often lead to plot holes or silly ways of explaining why that power cannot be used in a specific situation.

Other than that your spells can be pretty much anything, from destructive to healing spells, elemental to demonic spells and from conjurations to enchantments. The only limit is your imagination.

Would it be possible to gain power in your universe or is everybody limited to what talent they're born with? Being able to gain power is generally an often picked choice for story telling, first the hero is unable to defeat the villain, but after training or some other form of power gain the hero becomes stronger than the villain.
However, this doesn't have to be the case, the hero might not be strong enough on his own, but with other fighters the combined power might be enough to defeat the villain as well. A combination of both is also perfectly possible and used a lot.

Gaining power can be done through a whole range of methods, you could train, gain power through an artifact, channel power into 1 person or spell, enhance a body through magic (or other means), simply study magic and how it works, siphon souls from other magical beings, gain a blessing (or curse) of a god or demon and much more.

Obviously this is another aspect which heavily depends on your story universe, but most methods can be twisted to fit. For example, your universe might not have demons or gods which can grant more magical powers, but there could be plenty of other magical beings who can.

One thing to keep in mind is how much power somebody can gain. There are plenty of stories where power just keeps building and building, which eventually makes the characters at the beginning of the story weak in comparison even though they were seen as incredibly powerful at that time. Sometimes this is unavoidable, it happens a lot in games and long stories spanned over many seasons/novels, but for shorter stories it's best to think about what the power limit would be. If by the end of your story the hero has reached twice or more times the power of the strongest person at the beginning of the story, how come nobody ever reached that same level?

Can spells and other forms of magic be combined and if so, how much does it increase per added person? Having people combine spells into more powerful versions could make for a great epic battle at the end, but at the same time not allowing them to be able to combine spells could provide for epic fights as well. If you can't combine spells you'll have to work together perfectly, time spells one after the after and make sure you're not in each other's way.

In a way you can see it as choosing between having 2 (or more) people using normal weapons to fight an enemy together. If you combine spells you'll get something similar to fighting together as one being, shield against shield to maximize the defense and striking with swords at the right time (like Roman armies did). If you don't combine spells you'll have 2 (or more) people fighting together, but not as one being. They will seek their own openings and create them for the other, distract the enemy when needed and surround him at all times.

But fighting style isn't the only thing that could change when you decide whether or not powers can be combined. Summoning rituals or teleportation spells for example, they too could change. Combining powers for a summoning could mean larger creatures could be summoned and a teleportation spell could be able to teleport far more people, or even entire cities.

Obviously you can also combine both ideas, just because you can combine spells doesn't mean you have to. Different fighters prefer different methods, so combining the ideas could lead to a larger variety and possibly a richer world.

We've covered limitations in several parts already, whether it's how powerful spells are or how much power you can gain, but it's important to emphasize limitations again. Limitations mean there will be tension in your story, without limitations anything and everything can happen, but generally not in a good way.

Limits can come in all sorts of varieties, the ones we've covered are: how to wield it (being disarmed), how to gain power, power limit, limited power source, cost of powers, the ability to combine powers or not, racial differences and whether or not you're born with a specific amount of power and talent or not.
Other limits include magic types (fire versus water for example), power restricting energies (magical or other), bodily energies (lack of food/sleep/etc), skill level, curses and much more, most of which will again depend on your story universe.