Crafting gems out of paper.

Paper gems can make for fun props for any tabletop game, and they have plenty of other uses too. Crafting them is incredibly simple, and they're cheap to make. Throw on some glitters, use special paper, or add a different creative element to spice them up even further.

Parental guidance: Use of scissors.

Time: 30 minutes (depends on how many gems you wish to make, how fast you cut, etc.)

Optional materials: A printer would be incredibly helpful, but technically you could draw the patterns yourself. 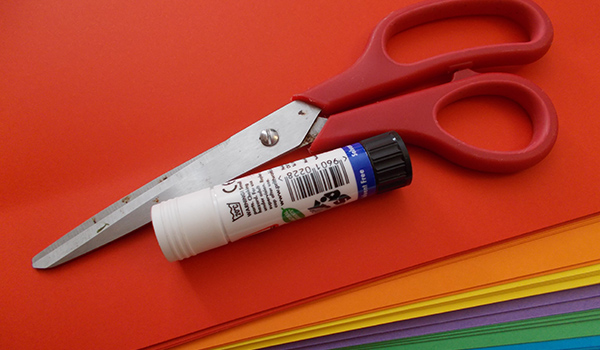 Crafting the gems is easy. Simply print out the ones you like, cut them out along the solid lines, fold them along the dashed lines, stick it all together using the extra overlapping flaps, and you're done. The trickiest part comes when you have to stick the final bits together, but with some wiggling it's definitely possible.
I personally prefer a glue stick as the glue is soft enough to allow for a little moving around of the paper if needed, but strong enough to keep it all together.

To prevent the wasting of too much paper save the patterns below, open them in an image editing software, combine them on one page, and print them together. It'll require a little shuffling, but it's worth it. This also allows for resizing in case you want bigger or smaller gems.
Do note that the smaller the gem, the smaller the glue strips, and the folds will be, and thus the harder it'll be to put everything together. 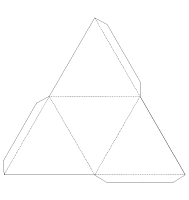 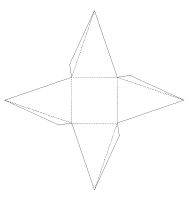 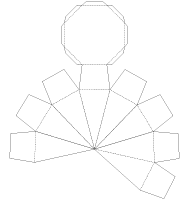 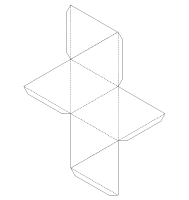 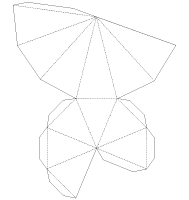 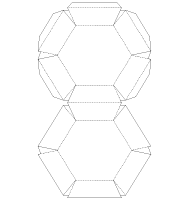 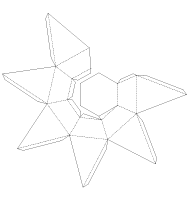