Balance puzzles are fun little logic puzzles in which you have to figure out which item is fake out of a bunch of them, but by using a maximum amount of weighings. An example of this is as follows: The party's been given 15 bars of gold, but one of them is fake. The fake weighs less, but looks otherwise identical to all the other bars of gold. They only get to make 3 weighings to figure out which bar is false, or else they'll go home empty handed. 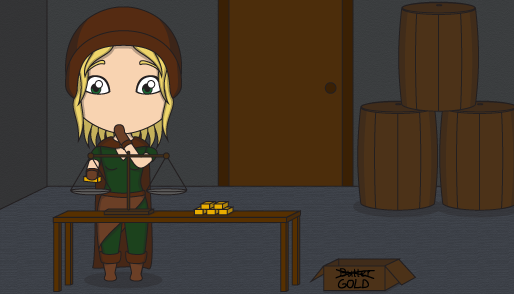