Creating a good and original superhero or villain is quite difficult, mostly because there are already hundreds of heroes and villains out there and they've pretty much taken up all the good superpowers, but there's still room for more or for alternative versions of people with certain superpowers.

Even today there are many heroes from different companies (mainly DC and Marvel) with similar powers, but their characters and background are different. But in this guide we'll stick to the superpowers, backgrounds and personalities will be covered in a future character creation guide.

Creating superpowers isn't too difficult, but there are still a fair amount of elements you'll want to keep in mind.

There are 2 types of superpowers: superhuman and inhuman. Superhuman powers are powers which a normal human might be capable of, whether through years of training, taking pills (happens in sports) or other means. An example of such a character is Batman. All his powers are within the realm of human possibilities, but it's unlikely one human would ever be that good.

When going for superhuman powers you don't have to stay within the known limits of the human body, you can stretch them a little, but not too far. Being able to run incredibly fast, faster than Olympic medalists, wouldn't be too much of an issue, but when your character runs faster than 45mph (72km/h) you're stepping in the realms of inhuman powers.

Inhuman powers are powers which a normal human being could never possess, like the power of flight or invisibility, even if that person trained a lifetime to achieve it. These powers could still be explained as mutations within a human, like the X-Men, but you're still within the realm of inhuman powers.

Inhuman powers are far more varied and possibly far stronger than superhuman powers, but each brings advantages and disadvantages in terms of story telling. The choice of which one to pick is ultimately answered by what you prefer, it's your story after all.

Superpower sources can be divided into 4 types: innate, given, obtained and circumstantial. This ties in a little with the previous point about types, but it'll help you decide on what the foundations of your superpower are and where you can take them within your story universe.

Innate superpowers simply mean that character was born with it. This could be something like a genetic mutation, like Wolverine, or something like being born as a god, like Thor. Obviously the differences between Wolverine and Thor are huge, but they both have a power they were born with and had to deal with. They did so in different ways and those ways defined the characters, perhaps more so than their powers, and this shows how even if you had 2 characters with the same powers, their personality is what helps make them original.

Innate superpowers are very versatile, you can decide whether or not those powers can be taken away, enhanced or taken over. These choices are stricter with the other sources.

Given superpowers are exactly that, powers given by some other being. One such example is DC's Captain Marvel, also known as Shazam. He was an ordinary boy until he met the wizard Shazam and, by speaking the wizards name, is now able to transform into Captain Marvel, an adult superhero. You can also interpret 'given' in different ways. For example, if Tony Stark (Iron Man) gave one of his suits to a random person you could argue that person has been given superpowers, but we tend to think more about gods bestowing powers upon somebody, perhaps a chosen one or a government creating a superhuman whenever we think of 'given' superpower.

There aren't a whole lot of heroes whose powers were given to them by somebody or something else compared to other types of heroes and villains. The Green Lantern is one of them, sort of, and Wolverine's skeleton was enhanced to Adamantium later in life. The biggest potential issue with given powers is that it could imply there's something stronger than the hero out there and that the powers could be taken away by that being at a moment's notice. Of course, from a story telling point this offers a whole lot of great possibilities.

Obtained superpowers are generally powers which were either obtained on purpose, like searching for an artifact which grants powers, or obtained by accident, like Spiderman who was bitten by a radioactive spider which gave him his powers or Dr. Manhattan who gained his powers due to a scientific accident.
Obtained superpowers also include some superhuman powers, like those of Batman who trained for years to reach the man he is today.

The journey of obtaining superpowers can be as long and exciting as actually using the powers. It's also a way of acquiring more powers and perhaps a way for villains to try and obtain powers strong enough to defeat the hero.

Circumstantial superpowers are powers which are only seen as incredible because of the circumstances that character is in. The best examples of this are Superman and John Carter. On their own planets they're just ordinary people, no different from the rest of their kind, but once they've traveled to Earth and Mars respectively the differences between those planets and their own allow them to perform feats no species on that planet could.

Circumstantial superpowers are probably the most restricted in terms of story telling. While you can pick from as many powers as you'd like, you'll have to move your character to a different world. Picking a different planet could be seen as unoriginal, since both the stories of John Carter and Superman already did so, but you don't have to pick a planet, you could pick a different realm instead, like heaven and hell or something similar to Narnia. 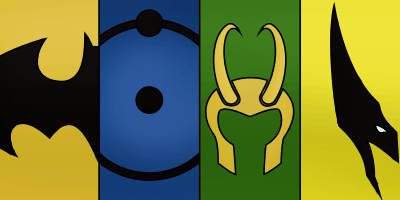 All superpowers need strengths and weaknesses, without them your story will be very bland. There's no tension when your hero is impossible to defeat or subdue as the reader will know how the fights end every time. Even Superman has weaknesses.

The strengths are obviously the superpowers themselves, but they're not just the superpowers. Strengths can come in different forms and one of those forms is personality. Superpowers can both corrupt a mind and make the wielder abuse those powers or give the wielder a greater sense of responsibility and honor. It could mean the difference between killing a villain or sparing his life, whether that decision is ultimately the right one is hard to decide.

Another strength is perseverance. Will a character keep fighting even when all odds seem stacked the wrong way? Is fighting in that situation even a strength at all or merely a foolish and potentially suicidal act?

How many weaknesses to pick and how strong they are is a tricky thing to decide. The best thing to do is write down a list of weaknesses that are appealing to you and see which ones fit your character and the superpowers you've created so far. Also think about how those weaknesses would work in a logical way within a story universe.

One of the biggest weaknesses many heroes have is simply the fact that they're still human. A bullet will kill them, so will a hit with a hammer to the head and so will a fall from great height. You can counteract some of those weaknesses through superpowers, like having enhanced strength or the ability to break a fall, like Spiderman's spiderweb or Batman's many gadgets.

You could also pick weaknesses which limit the use of superpowers or pick a weakness which cripples those superpowers. Vampires aren't exactly superheroes or villains, but they do have superpowers. Most of them can't be in sunlight however, which is a huge weakness and one that could be easily exploited.
Superman's powers can be crippled by coming into contact with Kryptonite, which is why Batman has a piece of it stored safely just in case Superman ever needs to be stopped.

Weaknesses can be as varied as superpowers themselves and sometimes superpowers are a weakness. For example, the Hulk will only become the Hulk when he's incredibly angry. Anger isn't exactly the best emotion to have when wielding powers which could potentially destroy an entire city and everyone in it.

But as I mentioned earlier, the best thing to do is to write down ideas, think about them, check how they'd work in your story universe and refine them until you're happy with them. It'll likely be lengthy process, but if done right you'll have a great hero or villain.

In many cases superpowers are unique to one character within a universe. There might be multiple versions across different universes or multiple people who have the same power when the first dies or retires, but you rarely have 2 characters with the same powers at the same time. Even within superhero and villain teams you don't often see people with similar powers, not even when they're siblings.
There are exceptions of course. There's superman, superwoman, supergirl and even superdog.

It's still a fun concept to think about though and it leads to many possibilities in terms of story telling. What if they disagree upon how to use their powers? What if one turns evil? What if one loses those superpowers and the other doesn't? What if one of them is killed?
At the same time it could lead to a lot of difficulties, it can be harder to write two or more characters and the dynamics between them rather than simply having to focus on one.

Another way to look at the question 'Only one?' is whether your hero or villain is the only hero or villain within your universe. While building an entire superhero universe isn't something you do in a day, it's still important to at least think about expanding your current universe. You don't even have to create another hero or villain yet, but knowing you will or might will help with keeping your universe consistent and perhaps with planting seeds in early works to hint at other heroes and villains.

When there are other heroes it could also lead to them working together, perhaps to fight an even greater evil power they couldn't possibly defeat on their own.
Perhaps you start of straight away with creating a superhero group and their story together and focusing on their individual backstories later, it's all possible and, of course, it's all up to you. It's your story after all.